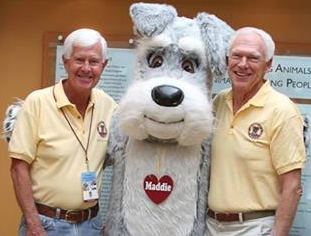 We are so proud of Maddie’s Fund® founders Dave and Cheryl Duffield and president Rich Avanzino for being named in Dog Fancy Magazine’s March 2015 45th Anniversary Collector’s Issue list of “45 People Who Changed the Dog World.” The Duffields and Avanzino are being recognized for their huge efforts to make the United States a no-kill nation.

Maddie’s Fund® was founded in 1994 with a mission to save the lives of every healthy and treatable dog and cat in the U.S. by the end of 2015. Founders Dave Duffield and his wife, Cheryl have endowed the Foundation with more than $300 million and awarded more than $153 million in grants towards increased community lifesaving, shelter medicine education and pet adoptions across the U.S.

Read the article here and the press release here.