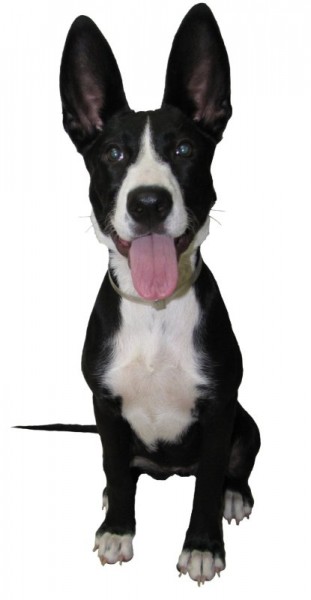 Pit bulls: Laws are passed banning them. Landlords and HOAs frequently prohibit them. Many shelters refuse to adopt them out. Individuals often fear them. But can anyone accurately identify them?

In a University of Florida study conducted at four different animal shelters and published in the November 2015 issue of The Veterinary Journal, researchers looked at visual identification of dogs as being of the “pit bull” type by shelter veterinarians and staff members.

Agreement on breed among different assessors was only moderate, while accuracy compared with DNA profiles ranged from moderate to poor.

These results raise difficult questions, because shelter workers and veterinarians are expected to determine the breed(s) of dogs in their facilities on a daily basis. Additionally, they are often called on as experts as to whether a dog’s breed will trigger seizure or regulatory action. The stakes for these dogs and their owners are in many cases very high.

The study of pit bull-type dogs was conducted at four different Florida animal shelters with dog intake ranging from 2,520 to 10,154.

Managers at each shelter assigned one veterinarian and three other staff members who regularly decided what breed(s) to use in describing dogs in the facility to serve as assessors for the study.

In a protocol approved by the Institutional Animal Care and Use Committee at the University of Florida, 30 unrelated dogs, all healthy and at least two months old, were chosen for assessment. The dogs represented a wide range of body type, size, coat length, and color.

The assessors were allowed to designate the dogs as being of any breed or mix of breeds they wished, and weren’t given a list of breeds from which to select. They weren’t able to consult records, discuss the ID with each other, or view references, cage cards, intake forms, etc. until the assessment was complete.

Because “pit bull” is not a breed of dog but a type of dog, a number of breed terms and their mixes were included as “pit bull types” for purposes of the study. These included American pit bull terrier, American Staffordshire terrier, Staffordshire bull terrier, pit bull, and mixes containing at least one of those. If none of those terms was used by the assessors, that dog was coded as not being of the “pit bull type.”

Different shelter staffers who evaluated the same dogs at the same time had only a moderate level of agreement. This lack of consistency renders their visual identification of a dog’s breed inherently unreliable. 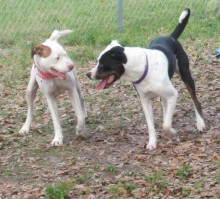 Limitations in available DNA profiles make absolute breed identification problematic. However, when visual ID was compared with DNA test results, the assessors fared even worse. Dogs with pit bull heritage breed DNA were identified only 33 to 75 percent of the time, depending on which of the staff members was judging them. Conversely, dogs lacking any genetic evidence of relevant breeds were labelled as pit bull type dogs from 0 to 48 percent of the time, the researchers reported.

Veterinarians didn’t perform any better than other assessors when comparing DNA profiles to their visual identification of the dogs’ breeds.

Previous studies have also found multiple observers who consider themselves “experts” or who are dog professionals have low rates of agreement in their visual assessment of dog breed. The same has held true in other studies of DNA breed profiles; one such study found visual breed ID matched DNA results less than half the time.

Part of the problem with visual breed identification is, as the study authors commented, “Mixing breeds is not like mixing paint.” Dog breeds contain many genetic traits and variants, and individual dogs don’t contain some idealized one-to-one matching of them.

This holds true for behavior as well as appearance. A dog’s appearance cannot tell observers anything about their behavior; even dogs of identical appearance and the same breed often have very different behavioral traits. Most importantly when examining the type of public policy most often based on purported dog breed, two very large studies found no relationship between dog breed and aggressive behavior.

In these studies, behavior, including aggression, tended to be associated with a single context, such as a stranger entering the dog’s territory. They also found very little correlation between a dog being aggressive with other dogs and with humans. All this combines to suggest that using breed as a surrogate for determining whether a dog is safe or dangerous will fail at both.

Unlike many other things people can’t quite define but “know when they see it,” identification of dogs as pit bulls can trigger an array of negative consequences, from the loss of housing, to being seized by animal control, to the taking of the dog’s life.

If the very people most frequently called on to identify breed are unable to do so consistently or accurately, then IDs by newspaper reporters, HOA board members, or members of the public should be considered even less reliable. Despite the frequency with which such identifications are made, this study suggests visual breed ID, even by presumed experts, should never be relied on as the basis of public policy.