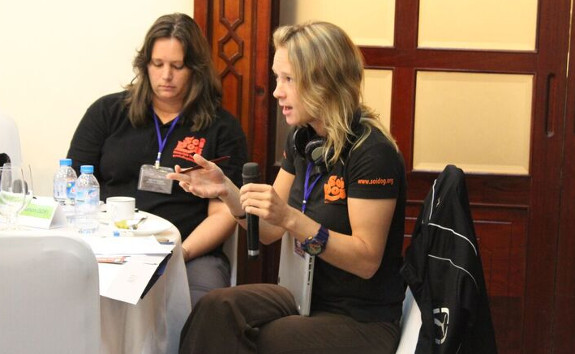 The workshop was held by the Asia Canine Protection Alliance (ACPA). Founded in 2013 by Change for Animals Foundation, Humane Society International, Soi Dog Foundation, and Animals Asia, ACPA is committed to tackling the trade and slaughter of dogs for human consumption. 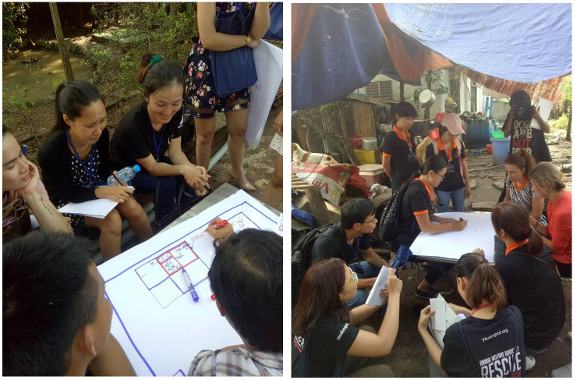 While the animal movement is rapidly growing in Vietnam, the country still lacks a legal framework allowing shelters to register and operate legally. Pet ownership is on the rise, and there is growing concern over the brutal dog and cat meat trade, whereby an estimated 5 million animals are stolen and sold for consumption every year. This trade not only causes societal unrest and immense animal suffering, but is also in contravention of Vietnam’s pledge to become “rabies-free” by 2020. 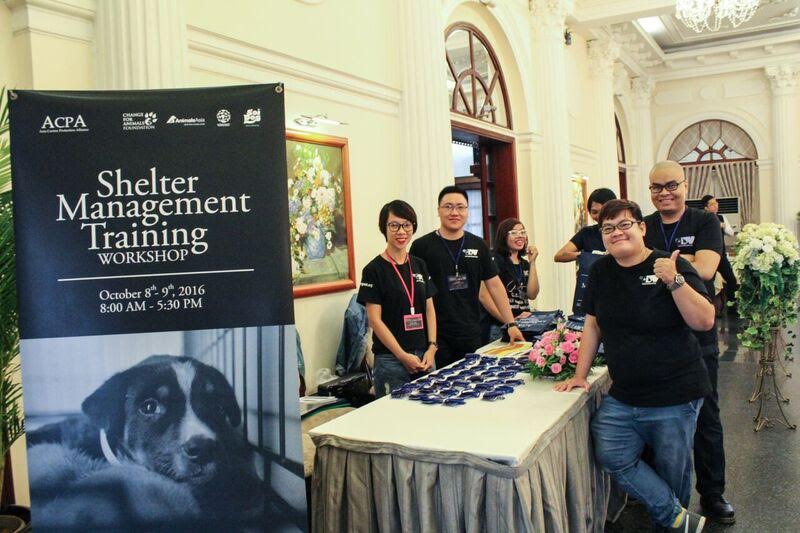 The goal of the workshop was to offer practical support to small, local shelters that may be called upon to facilitate the rescue and sheltering of animals confiscated from meat trucks. A total of 11 sheltering groups attended the two-day event. 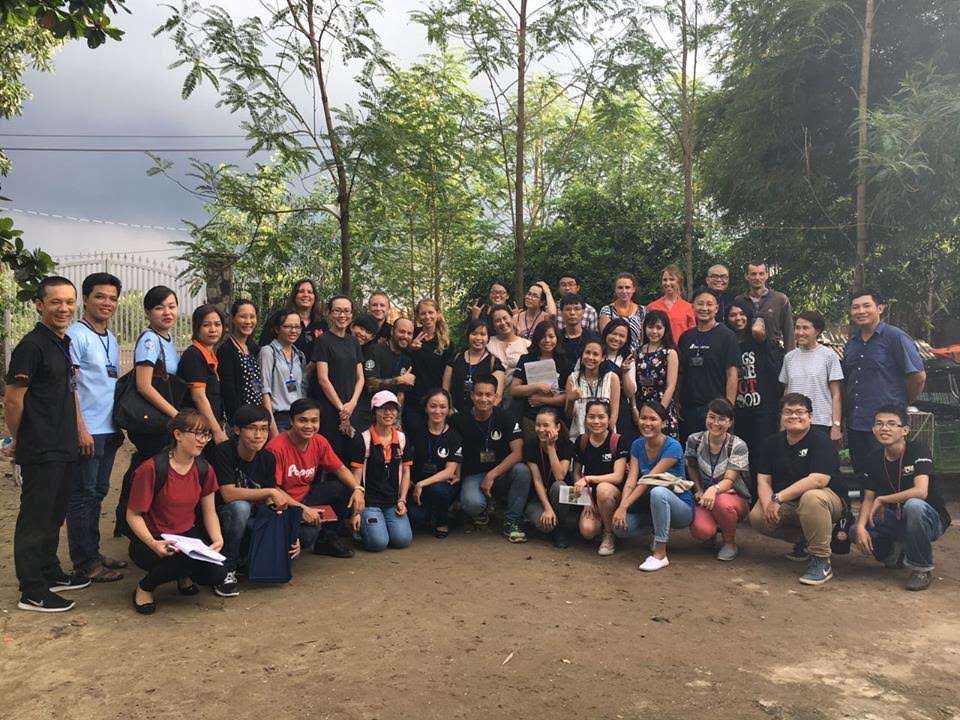 Day 1 consisted of group-based discussions and lectures delivered by Dr. Polak and Adam Parascandola from Humane Society International on shelter medicine topics including infectious disease control, facility design, and sanitation. Day 2 included a practical exercise at a local shelter whereby participants had to quickly design a temporary shelter to house 100 dogs and cats rescued from a meat truck. All participants were also given a tote bag filled with helpful shelter medicine handouts, including the UF Shelter Medicine Guide to Aging Kittens, written by Dr. Brian DiGangi at UF, and translated into Vietnamese: 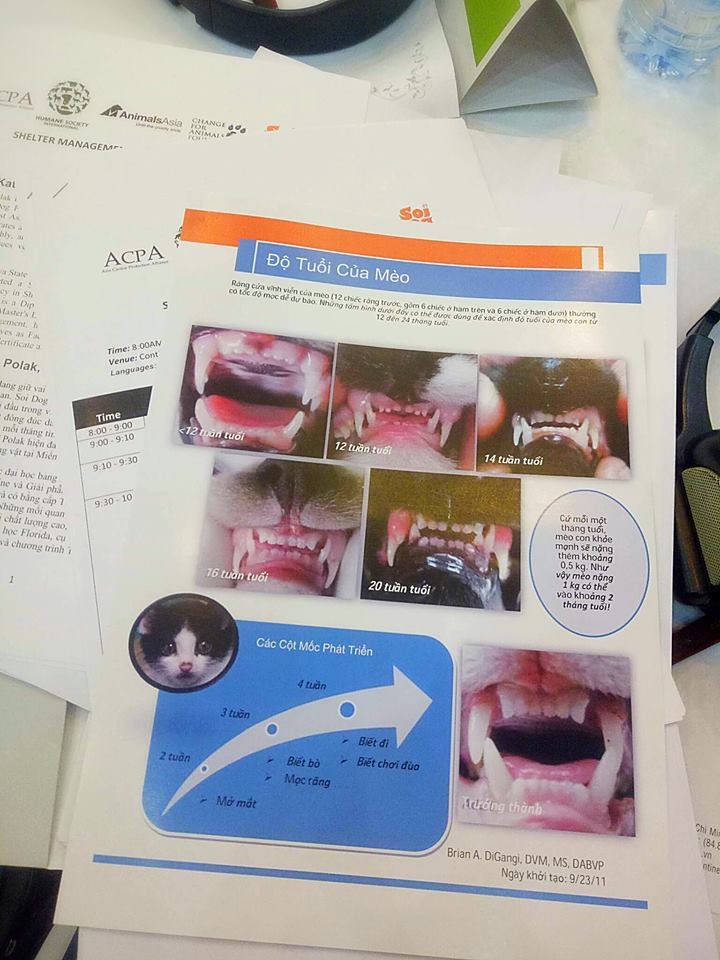 ACPA hopes to follow this event up with a more detailed, hands-on workshop in Central Vietnam later this year.