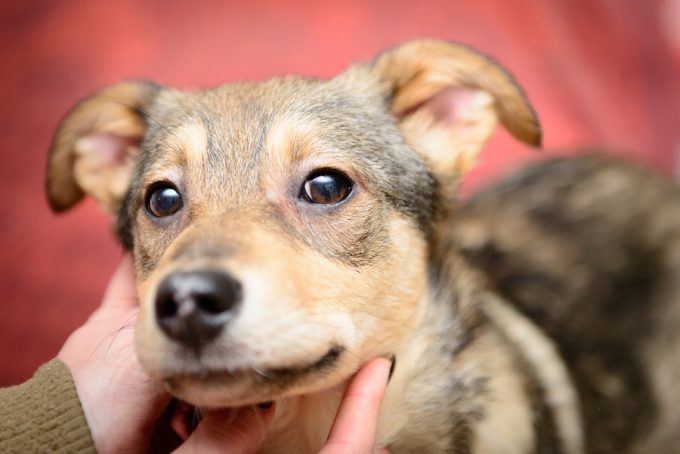 Have you ever tested a dog in your shelter who you were certain would be heartworm positive, only to have the test come back negative? A new testing technique may reveal that dog is positive after all.

In a study published in the November 2017 issue of the journal Parasites and Vectors, researchers found that a pre-heating technique could identify heartworm-positive samples that tested negative on an in-house antigen test.

The research team included UF veterinary student Carly Dworkin, who in May will graduate from the College of Veterinary Medicine with a certificate in Shelter Medicine from the Maddie’s Shelter Medicine Certificate Program. The team was headed up by Dr. Brian DiGangi, Senior Director of Shelter Medicine for the ASPCA, and the study was funded by the American Heartworm Society. Dworkin received a second-place UF CVM Research/Phi Zeta Award for her poster of the study.

The in-house or point-of-care tests look for antigens to the heartworm, Dirofilaria immitis. When there is no antigen detected (or “NAD”), the dog is assumed to be heartworm-negative. However, the antigen can be “blocked” by several factors, such as:

This happens because the antigen clumps together with antibodies that are also circulating due to those above factors, forming complexes that shield the antigen from detection by the point-of-care tests.

In this study, researchers looked at false test results in dogs entering shelters in the United States, covering areas in Florida, Louisiana, Texas, Ohio, New York, Colorado, and California. They tested 558 samples that had tested negative for heartworm antigen on the point-of-care test. Utiliizing heat to pre-treat the serum obtained from dogs testing negative for heartworm antigen, they were able to “break up” those complexes, allowing the antigen to be detected in 29 of those previously “NAD” samples.

Should every negative antigen test be mistrusted? No. In an article about the study in Today’s Veterinary Practice, Dr DiGangi wrote (italics ours), “One report identified heartworm antigen in 64.7% of ‘negative’ samples from patients for which the veterinarian’s clinical suspicion strongly supported heartworm infection…. The bottom line: There is no substitute for the clinical acumen of a veterinarian.”

In other words, when there is a strong suspicion that the dog “should” be heartworm positive, perhaps because she came from an area with a high incidence of heartworm infection and a low likelihood of preventive care, or for other reasons frequently seen in shelter populations, it’s very likely the dog really is heartworm positive. This test is one tool to help identify those dogs.

While the heat test is best performed by a laboratory for a cost of less than $30 and a turnaround time of up to three days, Dr. DiGangi outlined an alternative in-clinic test on the AHS website.

The study is open access and can be read in its entirety at the link below.