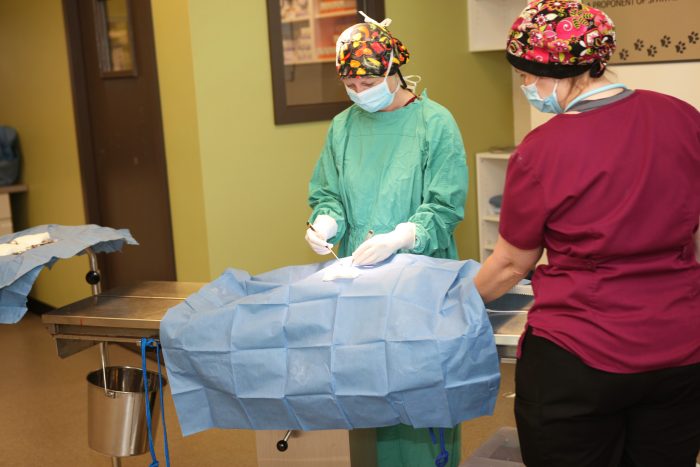 “This is a stunning validation of the expertise and skill of spay/neuter veterinarians,” said lead researcher Dr. Julie Levy of the Maddie’s Shelter Medicine Program at the University of Florida.

The research also echoed similar findings from the human literature about the importance of specialized skills and volume of practice in achieving high surgical success rates. The study examined surgery performed at a high-quality, high-volume spay/neuter clinic operated by the Humane Society of Tampa Bay within the parameters of The Association of Shelter Veterinarians’ Veterinary Medical Care Guidelines for Spay-Neuter Clinics.

Dr. Levy pointed out it’s unsurprising that extreme focus on a specific set of skills leads to mastery of those skills. However, it’s not just the number of times the procedure has been performed that is correlated with greater success.

“Repeating specific procedures without interruption to perform other procedures is common in high-quality, high-volume spay/neuter clinics,” she said. “That lack of interruption is itself an independent predictor of reduced mortality in human surgery.”

Study co-author Dr. Karla Bard, Director of Medical Operations at the Humane Society of Tampa Bay, presented the research findings at the annual meeting of the American Board of Veterinary Practitioners (ABVP) in Atlanta, Ga.

“These findings confirm the proficiency of teams specializing in a limited spectrum of spay/neuter procedures,” said Dr. Bard. “This pays off in a safety profile that is ten times higher than previously reported, and facilities that are capable of safely sterilizing many more animals than traditional low-volume settings.”

Working to fill the “sterilization gap” in pet dogs and cats

Despite the fact that an estimated 83 percent of pet dogs and 91 percent of pet cats are sterilized, only around 10 percent of the pets entering animal shelters have been spayed or neutered. This “sterilization gap” is largely defined by income and access to services, and high-volume spay/neuter clinics, primarily operated by non-profit organizations, have arisen to fill that gap.

Although the number of surgeries performed was significant, they were all performed at a single facility. These findings will carry more weight if the outcomes can be repeated at more surgical sites. Additionally, the authors believe future research should include an examination of the vastly different mortality rates for dogs and cats, as well as factors including the effect of the surgeon, anesthetic protocol, monitoring, duration of surgery, and animal characteristics.