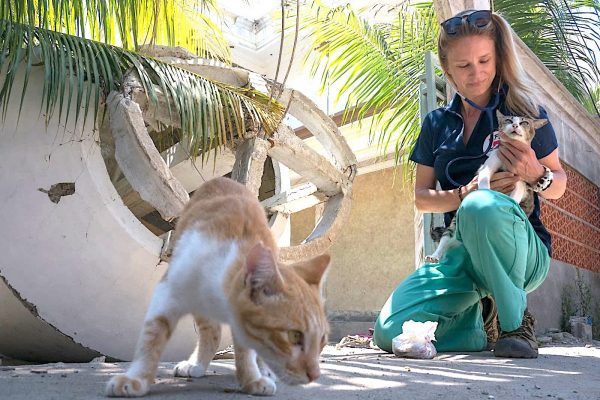 When a massive earthquake struck Indonesia last month, UF shelter medicine alumna and head of stray animal care for FOUR PAWS International – Southeast Asia Dr. Katherine Polak was there to help the many horses and community cats left behind by those fleeing the disaster.

On August 5, a magnitude 7.0 earthquake hit the Indonesian island of Lombok, killing an estimated 460 people, damaging tens of thousands of homes, and displacing over 350,000 people. According to satellite imagery, up to 75 percent of villages were destroyed in North Lombok. Also affected were the Gili islands, three idyllic islands popular with divers and tourists, throwing them into an emergency state. On Gili Trawangan, the largest of the three islands, at least eight people died.

Both Lombok and the Gilis are home to thousands of working horses. On the vehicle-free Gili islands, locals rely on horses for transportation, construction, and daily life. 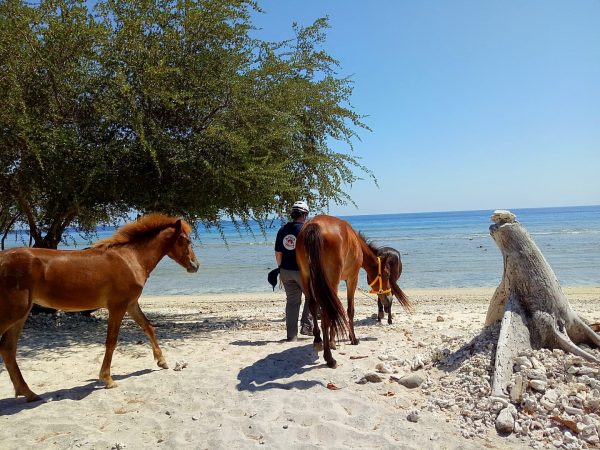 These islands are also home to thousands of free roaming cats who depend on both tourists and locals for survival.

Following the initial quake, all tourists were ordered to evacuate immediately, and most locals fled to Lombok to take care of their families. As a result, large numbers of horses and cats were abandoned, left to fend for themselves. Fresh water and grass for the horses was quickly depleted, and untethered horses including stallions starting fighting and injuring one another.

FOUR PAWS International teamed up with local animal welfare groups Bali Animal Welfare Association, Jakarta Animal Aid Network to discuss potential avenues for intervention. After significant logistical planning, the decision was made to deploy a small FOUR PAWS team to the island of Gili Trawangan, which is strategically located between Bali and Lombok, where horses and cats could be readily treated, and animal feed could be distributed to the affected islands. Unfortunately, supply procurement and transportation proved extremely difficult as ferries discontinued service to the islands; desperately needs items like rope, tarps, and buckets needed for equine care and rescue had all been sent to Lombok for the recovery effort.

Dr. Polak helped set up headquarters in Gili Trawangan out of a local dive resort, which also operates a small horse rescue, Horses of Gili. Once a popular holiday destination, the island was a ghost town as electricity was intermittent and the majority of buildings severely damaged. Word quickly spread of the team’s arrival and one by one, locals who stayed on the island began bringing sick and injured animals to the make-shift clinic. 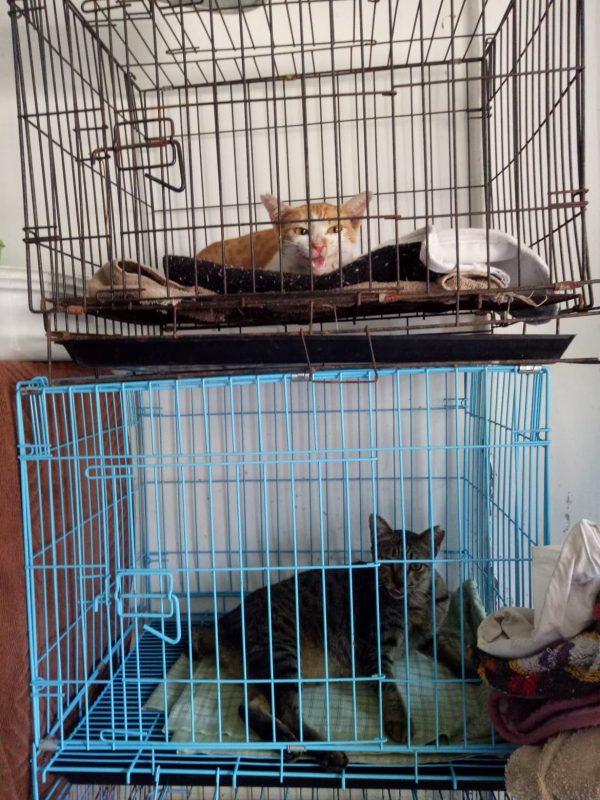 First a horse with a large wound and laminitis, then an orphaned calf, followed by sick and injured cats and ponies who refused to eat. The team performed reconnaissance missions around the island to speak with locals and further identify sick and injured animals. Dr. Polak also teamed up with local group Cats of Gili to facilitate the feeding and treatment of abandoned cats, and determine if cats were stuck in buildings or under collapsed structures. They also cared for a calf named Gempa, Indonesian for “earthquake,” who was born during the initial earthquake. 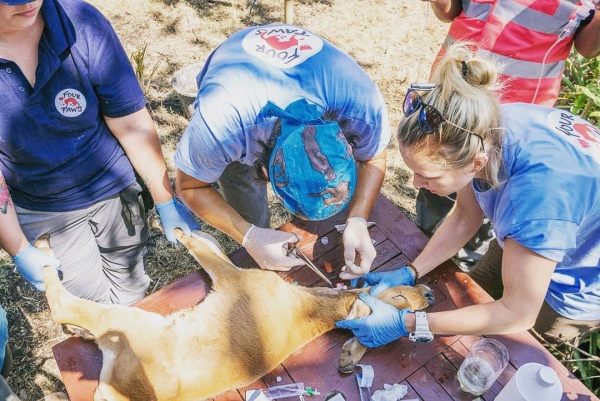 During FOUR PAWS time on the island, several additional earthquakes and aftershocks struck the island sending islanders into panic. Like most of the locals, the team began sleeping outside as it was deemed that staying inside buildings overnight proved too dangerous due to the potential for collapse.

The FOUR PAWS team is still on the ground providing necessary care to the animals until the communities can get back on their feet. While animals are being attended to as best as the situation allows, the affected islands still have a long way to go. 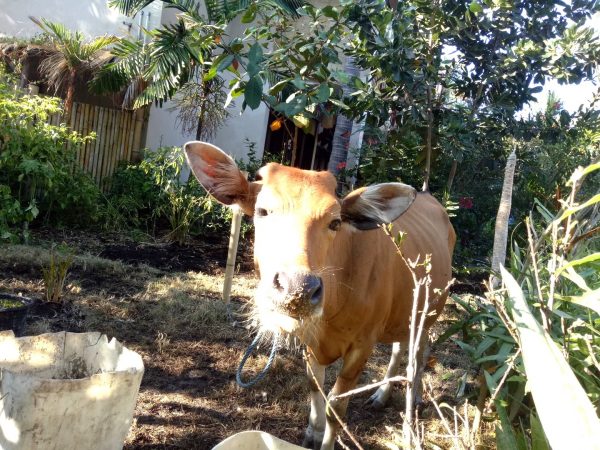