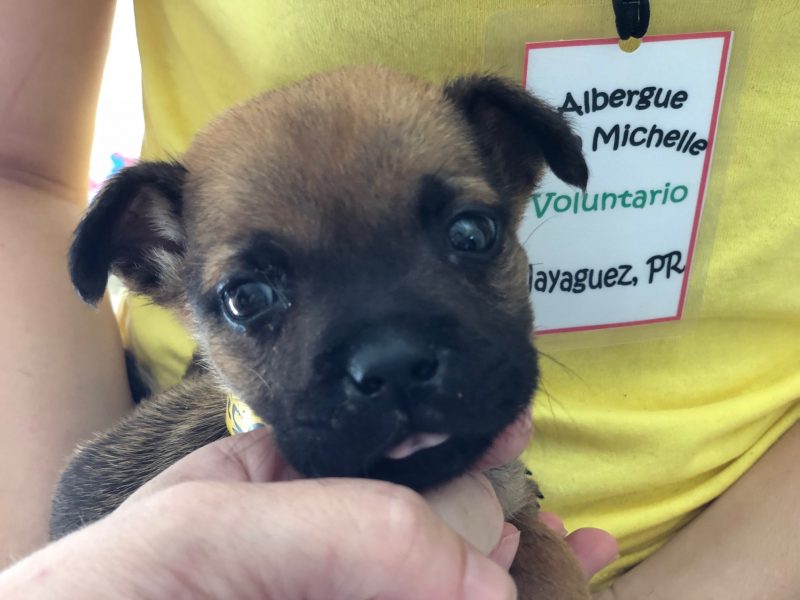 What if two dozen animal welfare organizations came together to help fight pet overpopulation in Puerto Rico?  What if it wasn’t only a single large spay/neuter event, but a comprehensive 18-month project to perform 20,000 surgeries, vaccinate pets, and train the island’s veterinary teams in high quality, high volume spay/neuter so they’ll be equipped to carry on the work after the project is completed?

The Maddie’s Shelter Medicine Program at UF has been working with the Humane Society of the United States to assess and support shelters in Puerto Rico. Our Dr. Julie Levy is on the ground now there now, documenting the event as part of her research into developing high quality, high volume spay/neuter programs.

“Overpopulation of cats and dogs has long been an issue in Puerto Rico, where shelters are overcrowded and homeless animals in the street are a common sight,” she said. “The situation became even more dire when Hurricane Maria devastated the island last fall, destroying infrastructure, casting many out of work, and forcing countless families to leave the island. Although the work to improve shelter standards is vital, even more important is the need to proactively control the unfettered reproduction of animals that flood into the island’s shelters.”

“To say that the scope of the project is unprecedented would be a profound understatement,” Levy said. “The seamless coordination of medical teams, governmental agencies, funders, and nongovernmental organizations, many of which had never worked effectively together in the past, and all in the context of challenging physical conditions and language barriers, has been remarkable.”

Huge thanks are owed to project funders Maddie’s Fund®, PetSmart Charities, Petco Foundation, GreaterGood.org and The 20/22 Act Society. The project is also being supported with medical and pet supplies, including vaccines, crates, and pet food, by Banfield Foundation, Best Friends Animal Society, and Rescue Bank.

Solving pet overpopulation on the island will be the work of decades, said Levy. “This ambitious project is likely to stand as an enduring turning point in the history of animal welfare in Puerto Rico. Barriers both real and imagined have been have been abolished, and local organizations have been empowered to collaborate at a level not previously imagined.”