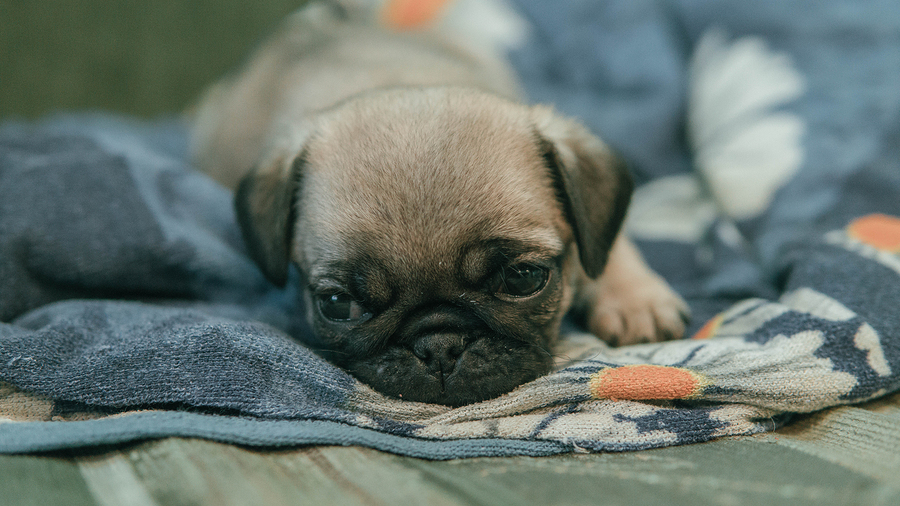 Canine parvovirus can sweep through an animal shelter rapidly.Left untreated, most parvo puppies will die from the hemorrhagic diarrhea and other complications of the disease. A study conducted earlier this year suggests help might come from an unlikely source: the transplantation of stool from healthy dogs.

In the study, recently published in the Journal of Veterinary Internal Medicine, researchers followed two groups of 33 puppies each, all diagnosed with canine parvovirus (CPV). Half the puppies received standard therapy for parvo (IV fluids and antibiotics, injectable anti-vomiting medication, and a gastric protectant), while the other group received the standard treatment plus a rectal infusion of stool obtained from a healthy adult dog.

How did the fecal transplant work?

Feces were collected from a healthy 6-year-old American Pit Bull Terrier who was the clinic dog at one of the hospitals. He was clinically normal, fed a cooked commercial diet, was current on vaccinations and deworming, and had not received any antibiotics or had any episodes of gastric distress in the previous six months. All his blood work and fecal parasitology tests were normal, and he was negative for parvo canine distemper, and Erlichia canis.

His feces were picked up after defecation every day over a 2-week period. They were divided into daily for 2 weeks, divided into 10‐gram segments and frozen at −20°C. Those 1–gram segments were then diluted in 10 mL of 0.9% sodium chloride solution, which was mixed in a 20‐mL syringe and deposited via a urethral catheter through the anus. The fecal sample in saline was deposited in the proximal rectum, and the puppy was kept in a recumbent position for 2 minutes, with the pelvis tilted. The first fecal transplant was given between 6 and 12 hours after the puppy was admitted to the hospital, the repeated every 48 hours until the diarrhea resolved or a total of five transplants had been given.

These findings have important implications for animal shelters in two ways.

The study was published via open access, and can be read in its entirely at the link below.