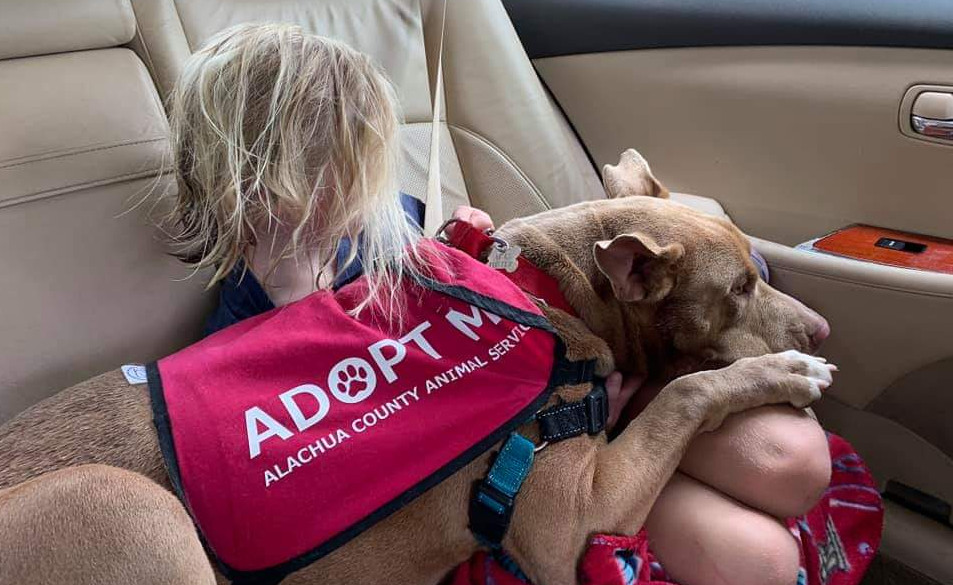 Imagine you’ve just been released after being wrongly imprisoned, only to find out two days later you have to go back again. Wouldn’t that be devastating? That’s the emotional scenario many people equate with weekend foster care sleepovers and day trips that get dogs out of the shelter. But are those two things really comparable?

“Evaluating the effects of a temporary fostering program on shelter dog welfare,” published in the March 2019 issue of PeerJ, took a hard look at that question. “Authors Drs. Lisa Gunter and Erica Feuerbacher did research with dogs who went on overnight sleepovers at Best Friends Animal  Sanctuary,” said Dr. Sheila (D’Arpino) Segurson, a board-certified veterinary behaviorist and director of research for Maddie’s Fund. “They discovered that while on sleepovers, dogs’ cortisol levels — a marker of stress — decreased. When the dogs returned to the shelter, their stress increased back to baseline, but no higher than it had been before the sleepover.”

Wanting more than the results from one perhaps unique organization, they then evaluated dogs at five different shelters in the U.S. “They found the same results,” said Dr. Segurson. “Stress does not increase once dogs return to the shelter. Dr. Gunter says that you can think of a sleepover as a day off from work after a hectic work week. Stress returns once you go back to work, and it returns once the dog goes back to the shelter. But that break allows you to rest and recuperate from stress.”

In short, think of a short-term foster stay as a weekend to let the dog recharge and build her reserves back up, rather than a foiled jailbreak. Bolstering that comparison is the fact that at Best Friends,where a sleepover program had long been in place, dogs who had been on previous sleepovers actually demonstrated the greatest degree of stress reduction from going on another one. If the experience was harmful to them, surely those dogs would have been more rather than less stressed by repeating it.

Kristen Hassen-Auerbach, director at Pima Animal Care Center in Tucson, Arizona, sees only upside to these programs. “Short-term fostering is taking the nation’s shelters by storm and engaging communities in entirely new ways,” she said. “More and more, we’re seeing short term fostering have a tremendous and immediate impact in cities like Detroit, where every, single available dog was taken on field trips in just the first day of the program. The benefits of this type of fostering include safer shelters, happier, more adoptable dogs and improved staff and volunteer morale. Thanks to the short term fostering study, we’re going to learn everything we need to know to make these programs successful long into the future.”

In an interview with Maddie’s Fund, the study authors identified increased opportunities to network the dog with potential adopters is another benefit of these programs. “Another recurring observation that we made was how much the sleepover volunteer became an advocate for their foster dog,” said study co-author Erica Feuerbacher, Ph.D., BCBA-D, CPDT-KA. “They networked the dog, taking it to social events and sharing it on social media while they fostered it.”

That’s what happened to Corey. “Corey came in to Alachua County Animal Services (ACAS), and there had been little to no interest in him,” said Chelsea Bower of the Humane Society of North Central Florida. “A volunteer and her daughter took him out for a fun day, and were able to learn a lot about his personality. They did a post about him in the volunteer group. I pull dogs from ACAS for my shelter. I saw their post about Corey and added him to the list for an adoption event that weekend. He got adopted his first day there!” 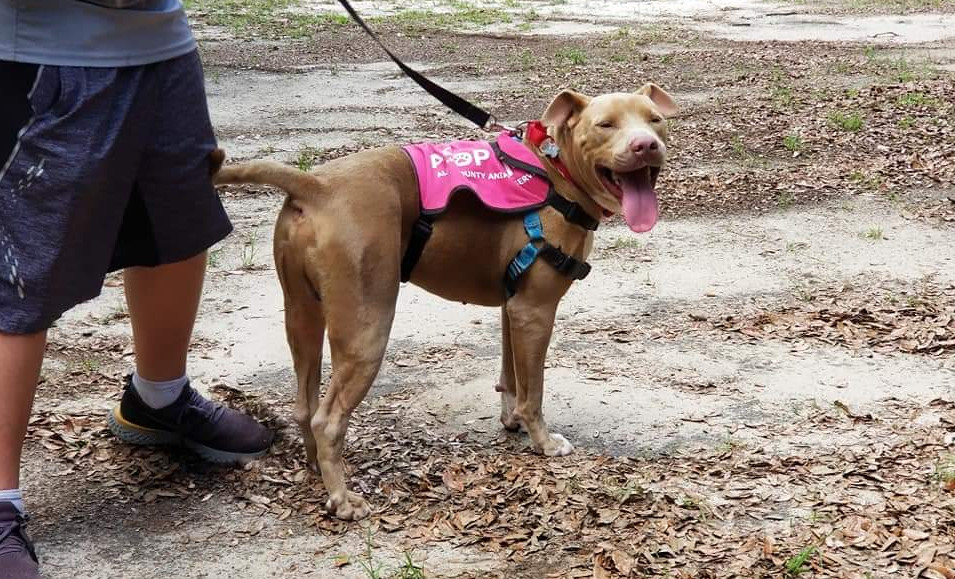 “These programs are a great way to give dogs a break from the daily stressful environment of an institutional setting,” said Dr. Cynda Crawford, director of the Maddie’s Shelter Medicine Program at UF. “They’re good medicine.”