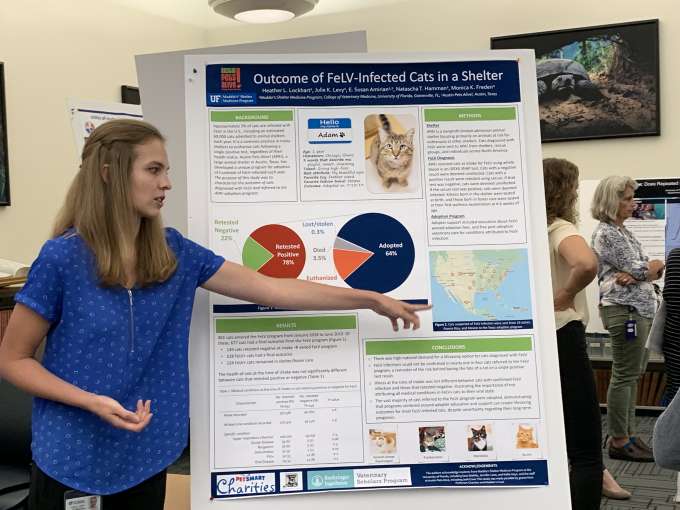 Can cats who test positive for feline leukemia find adopters? That’s what researchers set out to discover in a study conducted with funding from Maddie’s Fund and Petsmart Charities and presented at the 2019 National Veterinary Scholars Symposium.

Rates of feline infection with feline leukemia (FeLV) in the U.S. are estimated at around 3 percent, including approximately 60,000 shelter cats. Such cats are frequently euthanized following a single positive test for the virus even if they show no signs of illness.

Austin Pets Alive! (APA!), a large shelter in Austin, Tex., focuses its admissions primarily on animals at risk for euthanasia at other shelters and operates an adoption program for FeLV-infected cats. This study sought to understand the outcome of cats in this program.

For the study, cats diagnosed with FeLV were sent to APA! from shelters, rescue groups, and homes in 19 states, Puerto Rico, and Mexico. APA! retested cats at intake for FeLV using an IDEXX SNAP test. The cats who tested negative were deemed uninfected and were integrated into the regular adoption program. Cats who tested positive were enrolled in the FeLV adoption program.

Adopters of the cats in the study were provided with support including waived adoption fees, free veterinary care for conditions related to FeLV, and education about the condition.