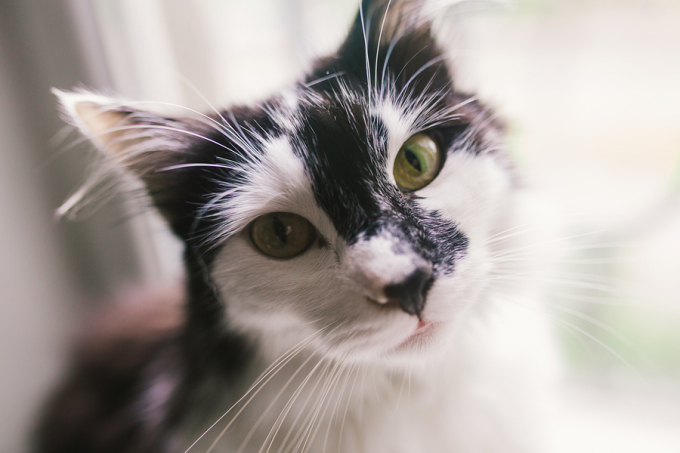 A group of UK feline experts came together in a study examining the welfare of cats. The results, published in a recent issue of Veterinary Record, suggest problems with the home environment of pet cats are a major source of welfare concerns for cats and may increase the risk of shelter surrender.

Most of the other areas of concern seem to be based on a lack of understanding of the needs of cats among many pet owners. These range from troubling social issues such as hoarding or neglect to more common issues such as not obtaining veterinary care, lack of pain management, obesity, cognitive decline in old age, and other health risks.

However, problems relating to social behavior and environmental restriction were identified as the most serious in terms of overall feline welfare (paragraph breaks added to improve readability):

Social behaviour issues resulting from an inappropriate home environment were perceived to be the most important welfare concern for individual cats, and social and environmental restriction was considered the fourth most common issue. When local resources are good, cats form complex social affiliations, such that unrelated, but familiar, cats can be kept in the same home environment.

However, disruption of the social group can occur when new animals are introduced, resulting in aggression, which is considered to be common in domestic cats and a source of social stress. Inadequate numbers or distribution of resources (such as food bowls or litter trays) can also result in behaviours such as elimination outside of litterboxes, which owners find unacceptable, and may be a sign of social stress in the cat.

Another common cause of behavioural problems is environmental restriction, by housing cats in an environment that does not fulfil their behavioural needs. Increasing numbers of cats are kept indoors permanently, as an attempt to reduce straying or road traffic accidents, or in response to concerns about the impact of cats on wildlife.

Behavioural problems are more common in confined cats compared with free-roaming animals, suggesting that the confined environment often does not meet behavioural needs. The provision of a suitable environment, with opportunities to express most normal behaviours and with protection from conditions likely to lead to fear and distress, requires the application of environmental enrichment techniques.

Behavioral problems in cats were also identified as being on the increase, and as a risk factor for shelter surrender:

The structure of the study was also of interest. Using the Delphi method of consensus building, cat welfare experts were asked to identify feline welfare concerns. They arrived at an initial list of 118 issues, which were ranked according to severity, duration, and prevalence. The highest-ranking issues were included in a second survey of experts, a sub-group of whom further participated in a series of workshops designed to arrive at a consensus list of top concerns in terms of both severity/duration and prevalence:

“It’s so interesting that the expert opinion honed in on issues with hoarding, long shelter stays, poor shelter facilities, and delayed euthanasia, which are all associated with efforts to confine cats,” observed Dr. Julie Levy, Fran Marino Endowed Professor of Shelter Medicine Education at UF. “Concerns about issued of free-roaming cats were ranked lower in priority. It’s not a surprise, because of the value the UK puts on natural behaviors and outdoor exposure – almost the opposite of the North American perspective.”

The complete article is available via open access at the link below.