The killing of George Floyd by Minneapolis police triggered international outrage and difficult conversations about the toll of racial trauma on black people and a call for recognition, accountability, and collective action for solutions. Animal shelters and rescue groups – like the veterinary profession – have long lacked diversity in leadership, staff, and volunteers, who are overwhelmingly white, female, and prosperous. There is ample evidence that this lack of inclusivity prevents shelters from fully serving the needs of their community.

Recent events have thrust institutions of all types, including universities, governments, businesses, and animal welfare organizations into an unexpected and urgent exploration of individual and structural bias, privilege, racism, and social justice. Here is some of the commentary that we’ve found particularly thought-provoking as we explore current conversations and resources about race in animal welfare. Fair warning — this topic is fraught and complex, so be kind to yourself while trying to understand and be kind to others.

“Black Lives Matter. I’m proud to see how many fellow animal rescuers and advocates have shared these words over the past week. But I also find myself pausing and reflecting on how much racism is at play in the dog and cat rescue world. For years I’ve said I would write a blog about this. I’ve never built up the courage. I’ve convinced myself I’m not the right person to hold the microphone. But I’ve kept a list of ways that rescuers and organizations reinforce structural racism within our movement, and I’ve thought a lot about how we can do better. And I want to share it with you.” Read more here.

The Association of Shelter Veterinarians: Statement of Commitment to Diversity, Equity and Inclusion

“We are committed to promoting equity for all individuals who are providing and receiving veterinary care and animal sheltering services. We also care strongly about fostering a supportive and welcoming community of shelter practitioners. We stand in solidarity with our members fighting systemic racism and we share in this time of meaningful introspection to identify our own shortcomings.” Read more here. 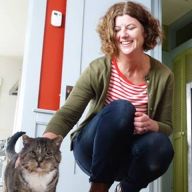 “Making systemic change requires looking at the ways in which we operate now to reinforce systemic racism,” says Anne Dunn, Director, Oakland Animal Services, California. “For example, we take animals from ‘bad’ people and give them to ‘good’ people, ignoring a lack of resources and instead seeing neglect. We charge fees for people to redeem lost animals, creating a barrier to their return. We charge high adoption fees and say that if someone can’t afford that they shouldn’t have an animal. Having the transformative love of animal companionship in your life shouldn’t be a privilege.” Read more here.

“At Toronto Humane Society, we strongly condemn all acts of racism including police brutality and racial profiling against the Black community. We recognize that this is not just an issue we see in the United States, but one that exists globally and right here in our own backyard. Systemic racism will not be fixed by one organization or one voice, it is going to take society to come together to make this change. The humane community we have been fighting for cannot exist so long as systemic racism does, and up until now we have been structurally blind to its impact and effects on and within our organization.” Read more here.

Best Friends Podcast: Leaning in and Listening – Diversity and Inclusion in Animal Welfare

Animal welfare and animal services lack diversity and inclusion, both in staffing and how we relate to the communities we serve. The number of pet-loving people of color is into the tens of millions, and addressing this is not only crucial to ending the killing of pets in our nation’s shelters it is a moral imperative for all of us. Presenters are Marc Peralta, Senior Director, National Mission Advancement, Best Friends Animal Society and James Evans, President, CARE – Companions and Animals for Reform and Equity. Listen here.

CARE: Companions and Animals for Reform and Equity

“CARE’s mission is to bring diverse voices to the Animal Welfare industry while also advocating for a more inclusive path to pet adoption… in an effort to save more companion animal lives and elevate the value of all human life. CARE believes this effort is the defining challenge for the Animal Welfare field.” Explore here.