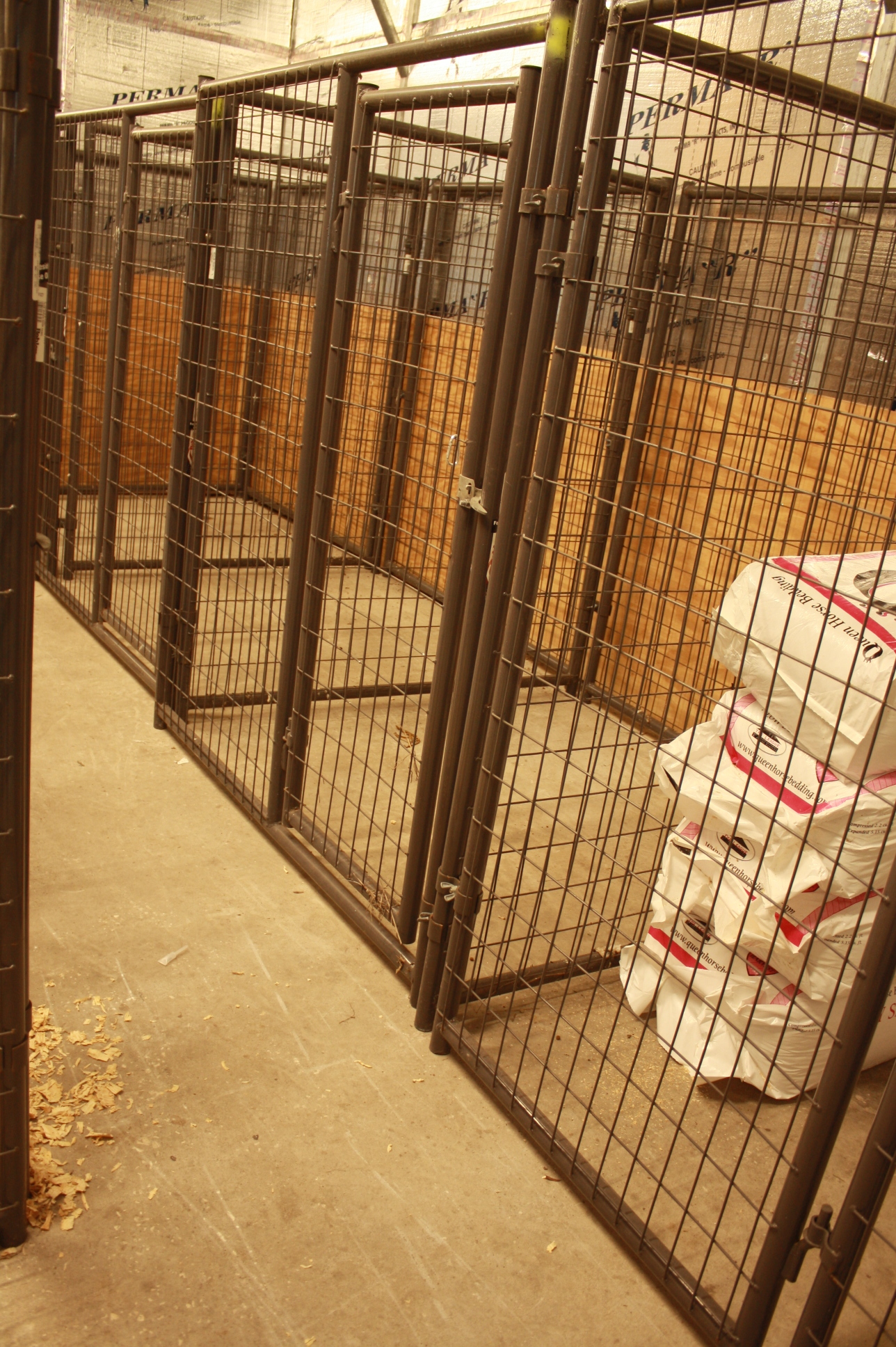 Municipal animal shelters and private shelters holding animal control contracts usually can’t close their doors to new intake during a disease outbreak. How can they protect unexposed animals from highly contagious diseases without resorting to euthanasia of sick and exposed animals?

The cornerstone of preventing the spread of infection in an animal shelter is what’s known as a clean break. In order to establish a clean break, a housing area must be secured for unexposed dogs and new admissions that completely protects them from exposed or infected dogs.

This typically entails halting or diverting intake until infected animals have been isolated and exposed animals have been consolidated into a quarantine room or facility. For many municipal shelters, that can feel like an insurmountable challenge. That’s a challenge met with innovation and determination by shelters that reached out to the Maddie’s Shelter Medicine Program at UF for help when dogs in their shelter began suffering from respiratory disease of an unidentified cause.

“In the summer of 2019, I worked with three shelters experiencing laboratory-confirmed canine pneumovirus outbreaks in their dog populations,” said Dr. Cynda Crawford, who heads up the disease diagnosis and management operation for the Maddie’s Shelter Medicine Program as well as serving as its director. “All three shelters knew something was wrong because they were experiencing a large increase in numbers of dogs with nasal discharge and coughing. Some of the dogs were getting really sick with pneumonia. In one of the shelters, the dogs with pneumonia were referred to a veterinary school teaching hospital and died despite intensive care.”

All three shelters were submitting diagnostic samples to a leading national veterinary diagnostic laboratory, but the test results were confounding: The dogs were negative for everything that could cause such as a quick and progressive respiratory disease.

Dr. Crawford suspected the cause was canine pneumovirus despite the negative tests, and advised the shelters to submit samples to the Animal Health Diagnostic Center at Cornell University. That lab confirmed pneumovirus at each of the three shelters. “I’m seeing this virus popping up in shelters everywhere across the country. It seems it’s rapidly spreading, based on the number of shelters that have been contacting us,” she said.

“Nearly all shelters have successfully managed the outbreaks of influenza virus or pneumovirus very well without using euthanasia as part of the response,” said Dr. Crawford. “They’ve done this by implementing what is called a clean break, which means that no more dogs are added to the shelter population during the isolation and quarantine period. Adding new dogs will perpetuate virus transmission and put the shelter in this continual loop of disease.”

Creating a clean break is a reasonably manageable step to achieve if you’re a private nonprofit; your shelter can just stop admission until the quarantine period has been lifted in the shelter, then return to normal operations.

“It is very challenging for a municipal shelter tasked with public safety and public health protection to stop admissions of all dogs,” said Dr. Crawford. “They have to find a creative way to take in stray dogs that have to be admitted either because they’re injured or they’re causing public safety problems. There are dangerous dogs that must be admitted. And there are dogs that have bitten people that have to be admitted for rabies quarantine. So where do you put these must-admit dogs if you’re a municipal shelter and can’t bring them into the contaminated areas where sick and exposed dogs are?”

One shelter that managed to unleash their creativity was Citrus County Animal Services in Inverness, Fla., where the medical team was managed by a Maddie’s Shelter Medicine Certificate Program graduate, Dr. Meredith Montgomery.

“We had two or three dogs who showed signs of upper respiratory infection with a mild, intermittent cough with nasal and ocular discharge. We swabbed them for a respiratory disease diagnostic panel, and we kept getting back negative results, over and over,” said Dr. Montgomery. “I spoke with Dr. Crawford, and she said there were some concerns with the diagnostic test we were using not picking up canine pneumovirus, which she’d been seeing in a number of shelters recently. She advised us to submit the samples to the Cornell lab instead.”

While waiting for the results of the tests, more dogs became ill. The shelter’s jury-rigged isolation room was full, and without knowing what was making the dogs sick, Dr. Montgomery wasn’t sure how long she needed to isolate the sick dogs.

Once the lab results confirmed canine pneumovirus, she swung into action. Job one: creating a clean break to prevent the spread of the virus.

“We were three days into shutting down our kennel to adoption and transfer to rescue groups” she said. “Our goal was to find a way to shut down our kennels to owner -surrendered pets and stray dog intake from our animal control officers. We held a meeting and came up with a number of options, like asking people in the community to house stray dogs they found if the dog wasn’t a danger to the family, or possibly to locate a veterinarian who was willing to board the dog during the stray hold period. We really tried to engage our community and say we could use your help fostering this dog for the next three or five days while we look for the owner.”

The shelter made the found strays, including those in foster homes, available on their website and Facebook page to help people searching for their lost dogs. Shelter volunteers scoured lost dog pages to match with new intake photos as well.

The shelter also provided resources to help the dogs during the time they were being housed in the community, including vaccinations, microchip scanning, and heartworm prevention and testing. If not reclaimed by their families, all new intakes, whether in foster homes or the shelter, received spay/neuter services at the end of their stray hold.

“It gave people the opportunity to feel involved and like they were helping,” Dr. Montgomery said. “And they really did help us. In fact, a lot of those animals ended up getting adopted by the finders. We were transparent and we were not shy.” 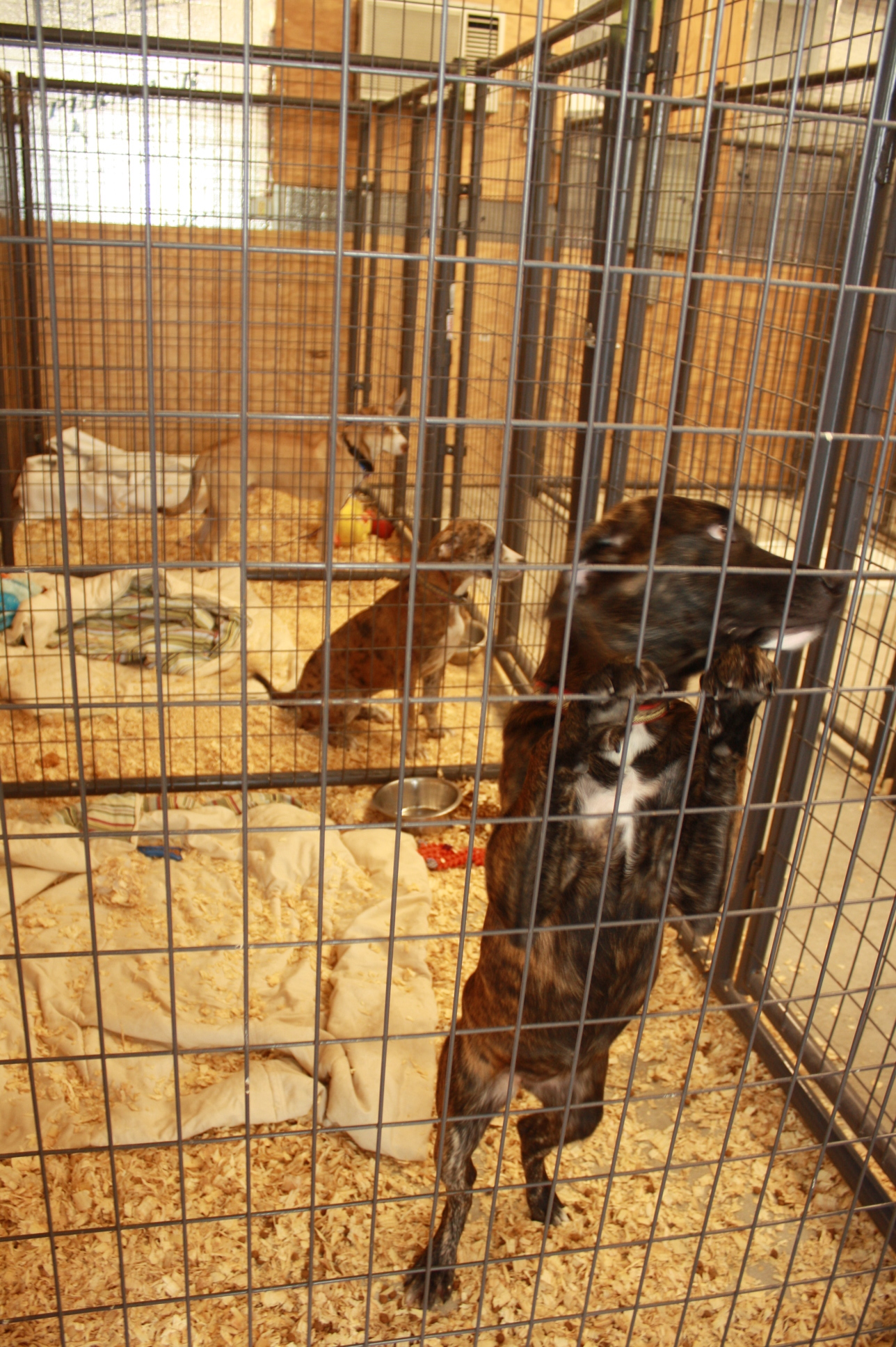 While the community piece was falling in place, Dr. Montgomery was working on the medical side. By this point the virus had escaped their ad hoc isolation area into the general population of the shelter, so it was critical to create a clean break for new intake at a different location. “Our director, Colleen Yarborough, found an abandoned firehouse we were able to use to house new dogs in magnum runs,” said Dr. Montgomery. “We managed the care of the dogs with both staff members and volunteers who walked the dogs all day so they wouldn’t be adversely affected by being confined.”

Things were working out pretty well until they had to bring in 30 dogs, including mothers and puppies, from a large-scale cruelty case. “We had to create what was essentially a second clean break for these dogs by using a storage garage on our property,” she said. “We pulled it off; none of the legal case dogs broke with pneumovirus.”

None of that was easy. “We were in a situation where our staff was stretched very thin between the double clean break and the big legal case. We also had to keep up with spay/neuter surgeries so that animals from the clean break could go out for volunteer-run adoption events or into foster homes as soon as the stray hold was over. We were working on growing our foster program because we needed space more than anything else. And of course, we were also in the middle of kitten season!”

The experience, Dr. Montgomery said, was very challenging but also very inspiring. “We tried to work together as a team and do what we could to make the workload reasonable for everyone, including the medical team and animal control officers. And in places where upper respiratory infections have been common, to move the bar in terms of doing better population management and diagnostics, making sure we’re not spreading disease and always being on top of our game, is a big change. It’s a cultural shift to explain the urgency to staff members of why it matters.”

The hard work was worth it. “About two weeks after the outbreak was over, we were getting the dogs ready for a massive Best Friends adoptathon as well as an adoption event at our shelter. We had been worried we wouldn’t be able to participate if the pneumovirus dogs weren’t cleared for adoption in time. It was like a great pressure relief valve when we pretty much cleared our kennels during that adoptathon. Almost every dog went home!”