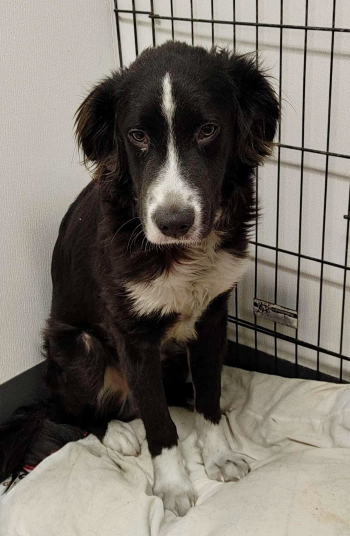 What would you do if your organization found it had transported in 101 dogs – mostly puppies and their mothers – from a southern shelter, only to find some of them had brought distemper with them?

Chicago’s Wright Way Rescue regularly takes in transports of dogs and puppies from overcrowded shelters in the southern states, and has developed a multi-facility process for quarantining them and treating any illnesses they may have while protecting other dogs in their population. While their veterinary team has become expert at managing parvo, saving 96 percent of the puppies and dogs they treat, distemper was uncommon. They’d seen cases before, but never in the numbers that broke out in November of 2020.

“We have a critical care center as part of our Southern Illinois campus,” said Christy Anderson, executive director and founder of Wright Way. “It’s about three miles away from our main facility. And we have dogs and cats there with treatable, but very contagious, illnesses. We treat them separately so that we don’t pose a risk to the rest of our population.”

The distemper outbreak caused the highest number of animals that they’d ever had in the critical care facility. Many of the puppies had just been through parvo and were in varying stages of recovery when one of their veterinarians noticed symptoms she suspected were caused by distemper. She began to test the dogs for the virus.

Anderson called the wait for the test results “the longest week of our lives.” And when the results came back positive, “we were all but in tears. Those dogs had come so far, and the thought of not being able to save them as we promised – well, the staff was at the breaking point. In fact, that’s sugar coating it. It was devastating.”

That’s when the team at Wright Way reached out to Dr. Cynda Crawford at the Maddie’s Shelter Medicine Program at UF. “I had worked with Dr. Crawford before on a single dog who had come up from Texas three or four years ago who had distemper,” Anderson said. “We were able to save that dog with her help, but it was one dog and she was treated at a vet clinic. So it was much different circumstances.

“The staff was a little afraid. Peggy Nott, our manager, asked me, ‘Should I really call them and tell them we have 101 distemper puppies?’ I told her, ‘Full transparency, right now.’”

Dr. Crawford didn’t miss a beat. “She was absolutely incredible,” Anderson said. “She told us, ‘Don’t worry, don’t euthanize. We’re going to get through this and I’m going to walk you through every single step of the way.’ She told us that the first thing we were going to do was swab every dog in the building.”

The entire management team headed to the critical care facility and spent the day swabbing every dog and sending off the samples for testing. “After that, it was pins and needles,” Anderson said.

“When around 40 came back negative, I hoped that was the light at the end of the tunnel. But our staff was more fearful and less optimistic. They thought that light was a train heading straight for us! They said things like, ‘You know, they can still convert to positive.’ They had been so discouraged and afraid for so long.”

Anderson called a group meeting and said, “I told them, ‘Look, guys, we have something awful going on. And we have committed ourselves to not euthanizing; we’re going to get as many of them through this as possible.’ And when they heard what Dr. Crawford said about not euthanizing, I cannot tell you how encouraged they were.”

The veterinary team was less confident. “They were not used to treating distemper on a large scale, “Anderson explained. “And obviously they understand how contagious it is. So they were willing, but they were a little skeptical.

“She gave us the exact schedule of when to test whom, and I cannot tell you the amount of pressure that this took off the staff. And now they are just such huge proponents of treating versus euthanizing. It’s been a game changer for us.”

The power of simply telling her team that all these puppies didn’t have to die was an even more profound game changer. “At first they believed it was false hope, and that ultimately we were still going to have to euthanize all of these who they had just nursed through other illnesses,” said Anderson. “That lasted until the morning that the van took 40 away to go to their waiting adoptive families. Then they said things like, ‘Oh my God, 40 of these dogs are now in homes.’

“So there was this beacon of hope, like if we can just get them through it, they’ve got that home waiting for them. It was such a powerful motivator once they believed it was real.”

One puppy spent the longest time battling the disease. “Murph is a survivor who fought the virus for 5 months,” said Dr. Crawford. “The medical and animal care staff who took care of him adore him.” 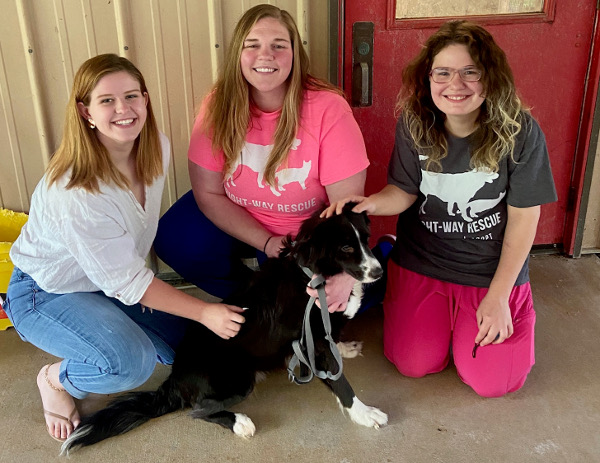 When you worry whether a puppy will survive at all, adoption seems like a dream. But when the staff started getting photos of all the puppies with their new families, they knew it was real. “Then when we had some who tested positive, actually clear, it was as if they went from, ‘Oh my God, we have distemper, maybe I should quit and join a different field,’ to, ‘We had distemper and we kicked it fast.’”

Anderson said, “Their attitude became, ‘Okay, we got this.’ Because we did!”

And Murph? Right now, he’s in a foster home absorbing all of the love he deserves after having to be isolated for so long, and will be available for adoption soon. For him and all the survivors, the happy ending is real.