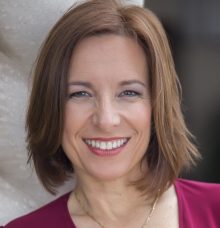 Dr. Sara Pizano received a masters from Columbia University in 1987, a doctorate in veterinary medicine from Cornell University in 1994 and completed a rotating internship at the Animal Medical Center in NYC in 1995. She then served as an associate veterinarian at North Shore Animal League before joining the Humane Society of Broward County in Florida as the Director of Veterinary Services. In 2005 Dr. Pizano was hired to overhaul Miami-Dade Animal Services, one of the top 10 largest public shelters in the country.

Since 2013, Dr. Pizano has completed over 60 shelter and community assessments helping many organizations end euthanasia as population control. Dr. Pizano’s impact is unprecedented and begins with a holistic view of each community beginning with state then local laws, the education of civic leaders and decision makers, proactive community programs, strategic managed admissions, a focus on eliminating wasteful practices and capacity for care to a positive live outcome.  As the assessment team leader for the Million Cat Challenge, she coaches students and veterinarians from across the country to learn this invaluable approach. Dr. Pizano is a frequent speaker at regional and national conferences.